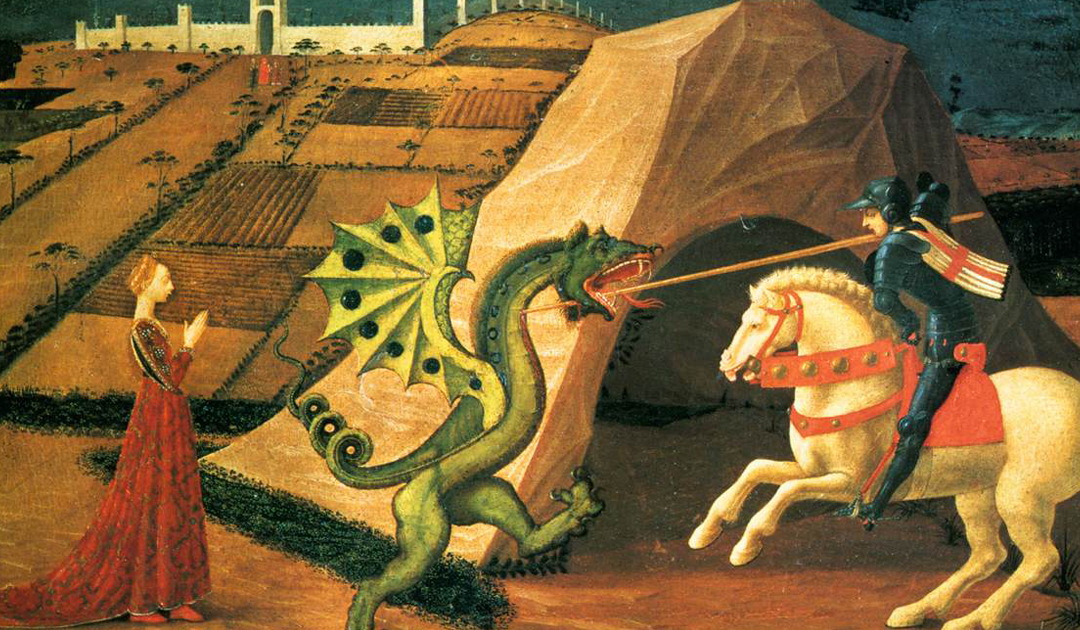 You may think that the Patron Saint of England, whose red & white emblem inspired the English flag, was English, but you’d be wrong. St George was born in Cappadocia, part of modern Turkey and most likely never set foot in our lands. Despite this, he persists as a national symbol.

He’s a symbol of many countries.

St George’s Day is celebrated in a number of different countries including Ethiopia, Georgia, Greece, Lithuania, Portugal and Russia. He is also a patron saint of these countries, though sometimes going by a different name.

He was a Greek soldier in the Roman army.

He was, in fact, a high-ranking officer in the Roman army, despite most likely being in his twenties at the time of his death. To recap, he was a Greek soldier in the Roman army who ended up being a symbol of chivalry and bravery across multiple countries, despite his age. Feeling inferior yet?

He didn’t slay a dragon.

Probably the least surprising fact on here – St George did not, in fact, slay a dragon, but for the sake of the story lets pretend he did. Legend has it that he slayed a dragon, saved a princess and brought salvation to the townsfolk. What a hero.

He was a Christian Martyr.

The real reason that St George is a household name is that he became a symbol of faith in Christianity. Emperor Dicoletian had St George tortured to renounce his faith in Christ. Despite horrific torture, he maintained his faith and was later beheaded. Stories of his courage spread throughout Europe, and it is thought that the story of his battle with a dragon was a metaphor for his struggle with the devil. 12th Century crusaders later invoked his name as an aid in battle.

He may have (but probably didn’t) come back to life.

A fifth-century myth tells of him recovering three times after being killed, including once when he was chopped into many pieces and buried.

The day goes back a long way.

April 23 was named St George’s Day in 1222. His influence goes back even further – Georgia was named after him and he has been their patron saint since the 4th century.

And It used to be a national holiday (revolving around food!).

St George’s Day was a national feast day and a very popular national holiday in England. This piffered out after unification with Scotland in 1707. Both Scotland and Ireland still have a bank holiday in celebration of their patron saint, so England are getting a raw deal really.